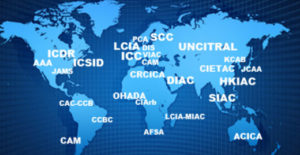 The law of privilege as relating to in-house counsel (especially in civil law jurisdictions) is indeed a controversial and much debated issue. Well-spoken advocates from the “internal” as well as “external” bar have written and spoken on this this issue forcefully. In reading DLA Piper’s Legal Professional Privilege Global Guide (2017), it is absolutely mind boggling how the world’s attorney/client privilege rules are so different, with many nuances that attach to each country, such as competition investigations and dawn raids in the EU (Akzo Nobel), in-house counsel rules of no privilege, professional secrecy, advocate secrecy, business secrecy, commercial secrecy, the English rules, the US rules, and the lack of rules in China and other countries. I tend to very much agree with the eminent Phillip Capper that privilege is an area that needs more guidance in an international arbitration context, perhaps from the Institutions themselves.

Clearly, a tribunal can decide to admit or exclude evidence on the basis of privilege, although few Institutions directly deal with the issue. See IBA Rules on Taking of Evidence in International Arbitration, Art 9. As to which privilege rules generally apply, conflicts rules can encompass a whole myriad of factors: the seat of the arbitration, an agreement of the parties, the provenance of the document (the law applied is the law with the closest connection to the particular document), of course the citizenship of the parties, and more, including especially Institutional rules. Tribunals most frequently seem to apply the law of the seat of arbitration when there are no clear rules. The Institutions should speak to set everything straight, and in an arbitration in which there is the possibility of differing privilege laws applicable, an arbitrator, in my judgment, should apply a ”most-favored nation” approach and apply the privilege law with the most protection equally to all parties.

In an application of the most-favored nation rule, the tribunal will determine which of the potentially applicable rules has the broadest privilege protections and then apply that privilege to both or all parties. This achieves two of the most important central principles in arbitration: fairness and protection of the expectations of both parties. By adopting the same standard for all parties (an “equality of arms”), they are treated fairly during arbitration. Additionally, no circumstance would occur in which a company or party believed a document would be protected by privilege, and prepared with that expectation, only to find out in the arbitration dispute that it was not protected. The ICDR rules (the international arm of the AAA) seem to prefer this approach, with Article 22 indicating that the tribunal should “giv[e] preference to the [privilege] rule that provides the highest level of protection.” In addition, the well-crafted note of the ICDR on the Exchange of Information (Guidelines for Arbitrators) states: “The tribunal should respect applicable rules of privilege or professional ethics and other legal impediments. When the parties, their counsel or their documents would be subject under applicable law to different rules, the tribunal should to the extent possible apply the same rule to both sides, giving preference to the rule that provides the highest level of protection.” And always, a civil law party to an arbitration that employs the most favored nation approach could waive the protection afforded by the tribunal and use the material should it be necessary to do so, just as the common law party could.

Then again the words in the ICDR guideline note “to the extent possible” might lead to some head scratching. A most-favored nation approach, perhaps it could be argued, could lead to public policy or ordre publique concerns should the lack of privilege be embedded in the public policy of the jurisdiction that does not recognize the privilege. I would submit this is unlikely and on balance should not lead a tribunal to apply anything other than the most favored nation approach. For example, I do not think French policy would be implicated on this ordre publique point on the research I have done, but I have not looked at China and other similar countries with no privilege. Thus, any award could be vulnerable in those countries if there are public policy issues.

I would submit, however, there are likely not to be any such public policy issues in those countries. While privileges generally reflect the public policy of the legal system that created them, see Rachel Reiser, Applying Privilege in International Arbitration: The Case For a Uniform Rule, Cardozo J. Conflict Resol., 653, 659 (2012), the primary concern of this policy must be to protect the secrecy of documents thought to be confidential when they are made; that is, applying privilege to documents according to the party’s expectation that they receive privilege. The public policy is that State’s policy directed to protecting the confidentiality of the document or testimony, which is of greater concern or is a higher public norm than even the determination of the truth in the specific case. While some have suggested that Akzo Nobel indicates that the European Union has a general public policy against in-house counsel’s communication being disclosed, the decision is most likely limited to the EU competition proceeding context only.

Thus, I do not think a “least favored nation” approach would be fair or a “most favored nation” approach would trigger any public policy concerns. Fairness in a privilege issue implicates directly the expectations of the parties. A tribunal’s decision to apply no privilege to either party (the least favored nation approach) would of necessity be unfair to the party who created a document or evidence with the expectation that it be kept in confidence. Accordingly, it is unlikely that protecting documents that were not initially thought to be protected by privilege would violate any public policy, especially when ttempting to treat both parties equally, the hallmark principle of arbitration practice. This is not even addressing the policy of the attorney client privilege itself, that by allowing otherwise privileged documents to be disclosed subsequently in an arbitration may have the effect of parties simply not seeking legal advice in the first place. Finally, ethical issues could emerge as a least-favored nation approach (no privilege for either party) might lead to a situation in which a document which was prepared under the expectation of confidentiality, would in turn not be confidential, and thus create ethical issues in some jurisdictions (counsel being required to disclose otherwise privileged material).